A study published January 23, 2019 in Science Advances caused a lot of people to freak out. It implied that the bacteria called Prophyromonas gingivalis that cause gum disease—gingivitis– might be the culprit in Alzheimer’s disease. It sounded too good to be true. But can you reduce your risk by getting regular dental check-ups, and brushing and flossing every day?

I posted a link to the study on my Facebook page and got some heated responses such as “I don’t believe that. My mom and husband always went to the dentist??????” Another person called the study “BS.”

So, what is the bottom line? And what is the response of scientists who were not involved in the research paid for and conducted in part by employees of Cortexyme, Inc., a San Francisco–based biotech company?

Here’s the gist of the Cortexyme study: the researchers found that enzymes made by P. gingivalis, called gingipains, interact with amyloid-beta and tau (the proteins implicated in Alzheimer’s disease) in test tube experiments and in the brains of mice. According to the study, gingipains cause A-beta to accumulate and tau to behave abnormally. These are the primary signposts of Alzheimer’s disease in the brains of humans.  The Cortexyme group also found genetic material from P. gingivalis in the cerebral cortex – an area involved in conceptual thinking – in the three Alzheimer’s brains they examined. Cortexyme, Inc. is developing compounds that block gingipains, which their scientists claim reduce the amount of A-beta in the infected mice.

In a previous study, Sim Singhrao at the University of Central Lancashire, UK, found that P. gingivalis can migrate from the mouth to the brain in mice with gum infections. Her group of researchers concluded that periodontal disease is a polymicrobial inflammatory disease that leads to chronic systemic inflammation and direct infiltration of bacteria/bacterial components, which may contribute to the development of Alzheimer’s disease.

Rudolph Tanzi,PhD, an Alzheimer’s researcher at Massachusetts General Hospital in Boston says that the Science Advances study is inconclusive.  An interview in Science News (January 31, 2019) conducted by Laura Sanders reported Tanzi’s responses to the following questions:

Do we now know what causes Alzheimer’s disease?

No. “It would be a complete fantasy to say that now we’ve solved Alzheimer’s based on this,” Tanzi says.  “People need to know that this was a small study…. It’s way too early to say that this result is valid.  We need to see many more samples. We need much more replication.”

Headlines that claim gum bacteria causes Alzheimer’s disease stretch the science way too far, he says. “It got out of hand. People should not be freaking out just because they didn’t floss enough. It doesn’t mean you’re going to get Alzheimer’s.”

But did it make sense to look at whether gum bacteria play a role in Alzheimer’s?

Yes. Tanzi and his colleagues suspect that Alzheimer’s is kicked off by brain inflammation, perhaps prodded along by bacteria, viruses or fungi. His team has been looking at large swaths of genetic material found in brains to figure out exactly which infectious entities might be in the brains of people with Alzheimer’s.

“We went in expecting to see periodontal bacteria in the brain. That was a leading hypothesis. One of the biggest pools of bacteria in your body lives in your gums if your gums are not clean. We expected to find them, but we didn’t.” (Those negative results, from dozens of brains, are unpublished.)

What you need to know

Periodontitis is the most common infectious inflammatory disease of humans. A recent survey in the USA concluded that 47.2% of adults aged 30 years and older had periodontitis. The disease is characterized by the loss of periodontal ligament, connective tissue, and alveolar bone, and is a major cause of tooth loss.

Now we know that virulent strains of P. gingivalis can affect the central nervous system, which can result in Alzheimer’s and dementia. Although the research is still in its early stages, it’s a good idea to amp up your dental care and get thee to a dentist at least once a year for an exam and cleaning. It is certainly worth the bucks if it will help reduce your risk of Alzheimer’s disease. Don’t you think? 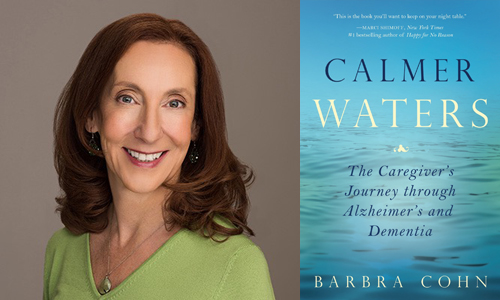 Barbra Cohn cared for her husband Morris for 10 years. He passed away from younger-onset Alzheimer’s disease in 2010. Afterward, she was compelled to write “Calmer Waters: The Caregiver’s Journey Through Alzheimer’s & Dementia”—Winner of the 2018 Book Excellence Award in Self-Help—in order to help other caregivers feel healthier and happier, have more energy, sleep better, feel more confident, deal with feelings of guilt and grief, and to ultimately experience inner peace. “Calmer Waters” is available at Amazon, Barnes & Noble, Boulder Book Store, Tattered Cover Book Store,  Indie Bound.org, and many other fine independent bookstores, as well as public libraries.

This site uses Akismet to reduce spam. Learn how your comment data is processed.