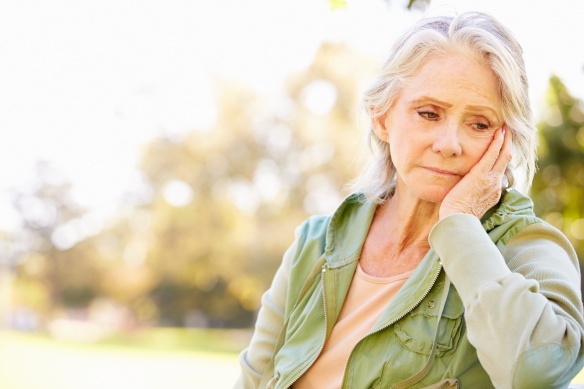 Some people are able to hide the fact that they are terribly depressed. I did. I tried to put on a happy face during my husband’s illness, but inside I often felt as though I was dying. Following the recent suicides of Kate Spade and Anthony Bourdain, we have to remind ourselves that we usually don’t know what is happening inside someone else’s head.

Before my husband was diagnosed with younger-onset Alzheimer’s disease he was withdrawn and depressed. I didn’t know what exactly what was going on, and he was unable to articulate how he felt. I eventually realized that he was depressed because the things that were once effortless for him to do, such as driving around town or figuring out how much tip to leave in a restaurant, had become difficult.

Alzheimer’s and depression often occur simultaneously, which often makes it difficult for physicians to make a diagnosis without further testing. According to James M. Ellison, MD of the Swank Memory Care Center, Christiana Care Health System, approximately half of individuals affected by Alzheimer’s disease will experience clinically significant depressive symptoms at some point.  Depression can occur during any phase of the illness.

Symptoms common to Alzheimer’s and depression

A case of the chicken or the egg: which came first, Alzheimer’s or depression?

Some health professionals think that depression can put one at greater risk for Alzheimer’s. There is also a belief that depression is a symptom of Alzheimer’s. In any case, physicians feel that a person with dementia who is depressed can experience a quicker cognitive decline and need to rely more on caregivers.

Antidepressants may not work as well with people who have Alzheimer’s and are depressed. Before resorting to antidepressants and other drugs,  try these options:

Barbra Cohn cared for her husband Morris for 10 years. He passed away from younger-onset Alzheimer’s disease in 2010. Afterward, she was compelled to write “Calmer Waters: The Caregiver’s Journey Through Alzheimer’s & Dementia” in order to help other caregivers feel healthier and happier, have more energy, sleep better, feel more confident, deal with feelings of guilt and grief, and to ultimately experience inner peace. “Calmer Waters” is available at Amazon, Barnes & Noble, Boulder Book Store, Tattered Cover Book Store,  Indie Bound.org, and many other fine independent bookstores, as well as public libraries.

Topics on my site